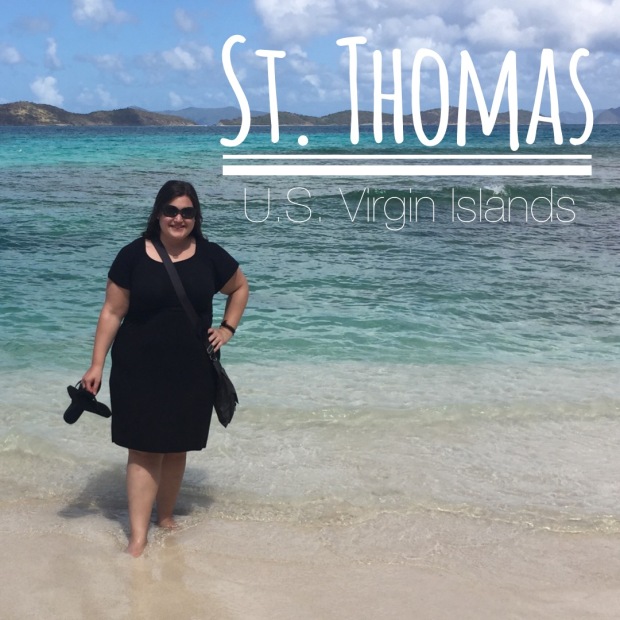 St. Thomas was my first of the Virgin Islands and it definitely will not be the last. I had a delightful fun and unique experience visiting this port that actually started the morning before while we were dining at breakfast! 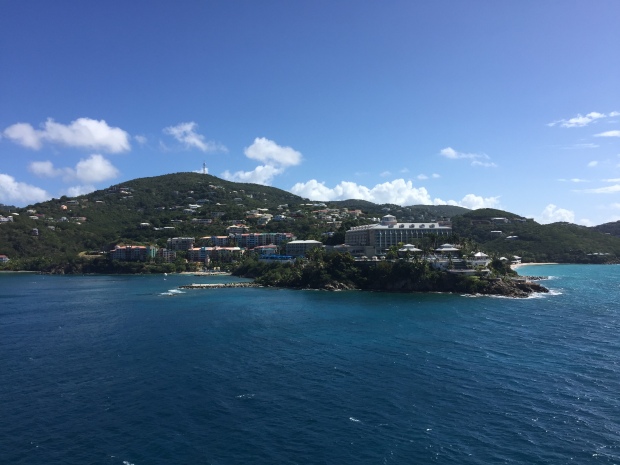 The morning before we were to arrive in St. Thomas, my family and I were enjoying our brunch on the cruise ship. FUN FACT:  Breakfast/Brunch is perhaps one of my favorite things about cruises. I’m not normally a breakfast eater until I am on vacation and someone else makes it for me. When you are on a cruise they tend to seat you with other parties during breakfast/brunch/lunch time unless you specify against it. I personally really enjoy meeting and talking with other people on the cruise during this time, especially when it comes to what their plans are on the islands and or shore excursions.

This particular morning we were seated with two other parties. One of which was a very lovely couple that was telling us about their time on St. Thomas a couple years back. They said that they had contacted the same tour guide from years ago and he was going to be waiting for them at the port to escort them around the island.  My family and I did not have any plans for the next day at that point and thought that it sounded like a great deal! (Only $25 per person for the entire day and we could go wherever we wanted on the island!) For those that have never been on a cruise before, the ships offer shore excursions and if you are not careful, they can be quite costly and this particular tour might be anywhere from $100-$200 per person!  We ended up making plans to meet the lovely couple for breakfast the next day and then go on the tour together. 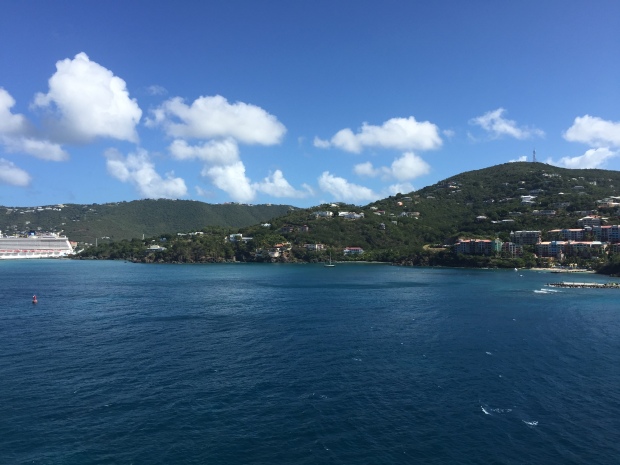 Sure enough as soon as we stepped off of the ship, Big Timmy from http://bigtimmytours.com/ (the owner of the tour guide) was there to welcome us!  He led us to his tour truck while he proceeded to entice more people to join us. This is how a lot of islanders make their money, so when a ship comes in they try and make it worth it by filling the their tour trucks. While we were waiting in the truck (it was only around 10 minutes) we also worked on filling it from within and ended up scoring two more families of our own. (Commission?) 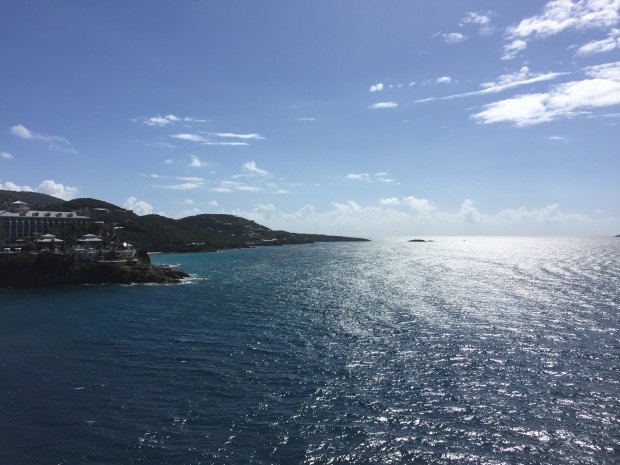 Big Timmy was unlike any tour guide that I had encountered before in the Caribbean. He asked us what our requests were and what we wanted to see and do that day and on the way to the various locations/sites he would take longer routes so that he could stop by the side of the road and give us a history lesson on the island. Sometimes Big Timmy would just stop knowing that we would want a photo opportunity at certain points that had great views and interests of the island below us. 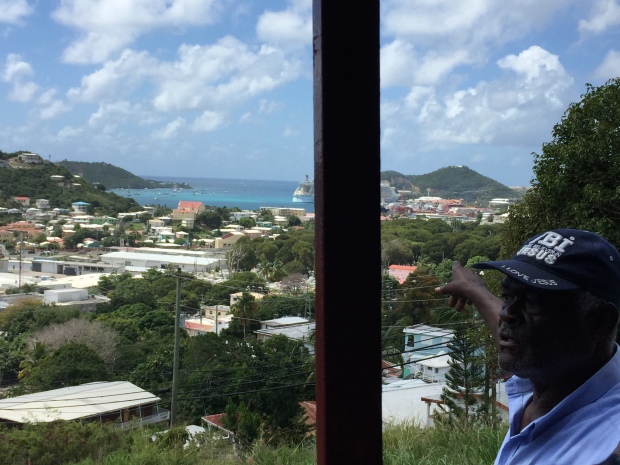 One of the parties on the truck wanted to stop by a beach for an hour, so Big Timmy took us to a private beach on the other side of the island. On the way he mentioned a smaller island that was for sale, a beach (Magens Bay) that is not recommended by locals and he took us by the new Margaritaville hotel/condo construction area that was being built with their own private beaches. 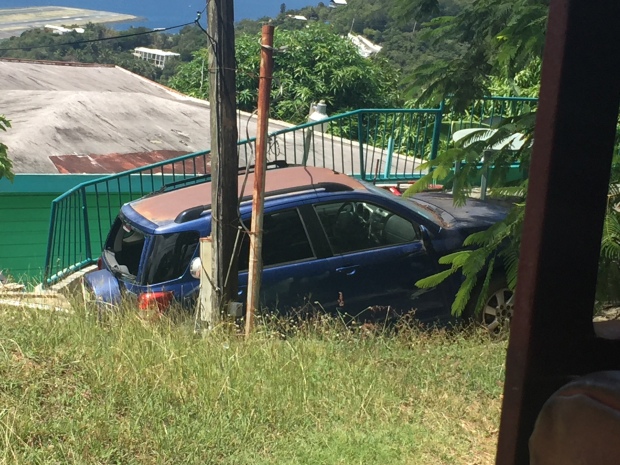 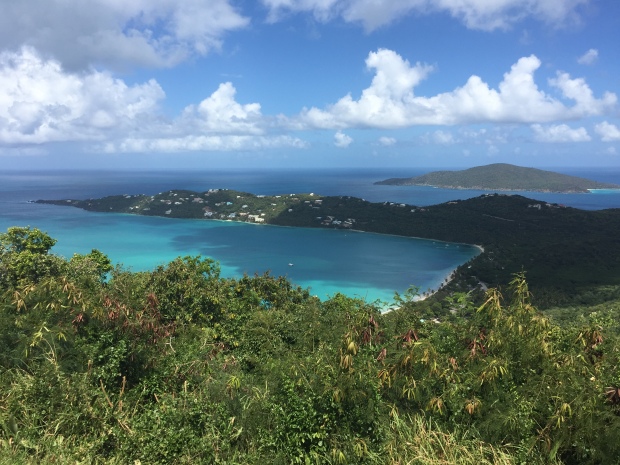 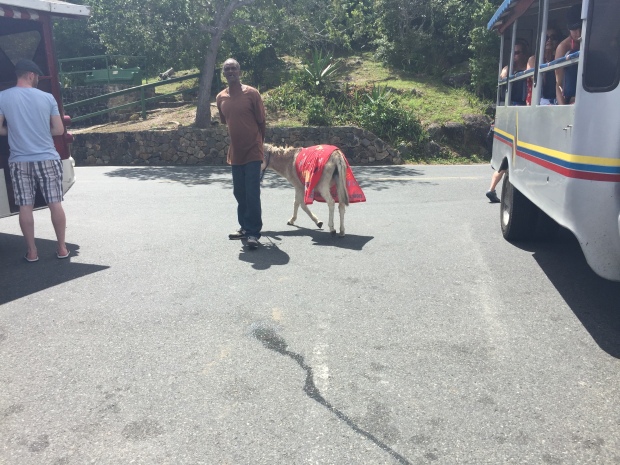 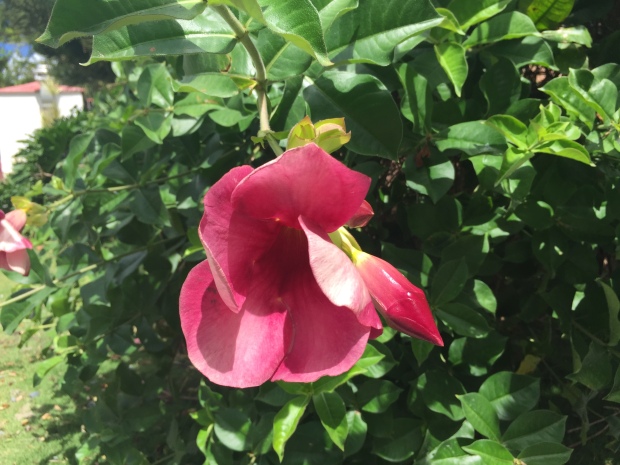 The private beach that Big Timmy took us too I believe was called Sapphire Beach.  It was a lovely break and gave us a chance to get our toes wet!  We even stopped at a local watering hole and quenched our thirst with their delicious world famous “Banana Daiquiri”. 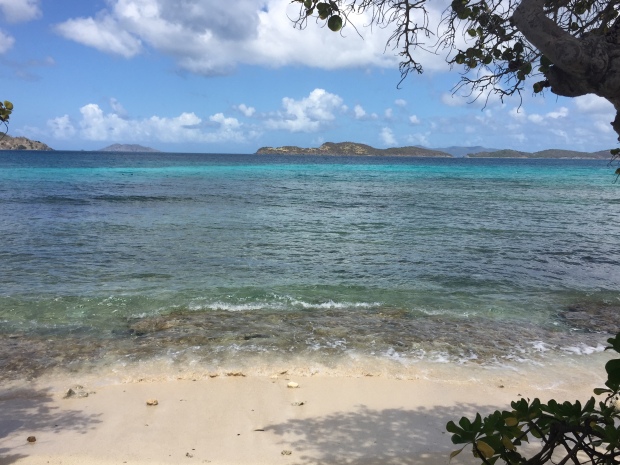 On the way back to the ship, Big Timmy stopped by Black Beard’s Castle so that I could at least see the outside of it. Then we had Big Timmy drop us off to get some shopping done before we headed back on-board where we spent the rest of the day on the lido deck. 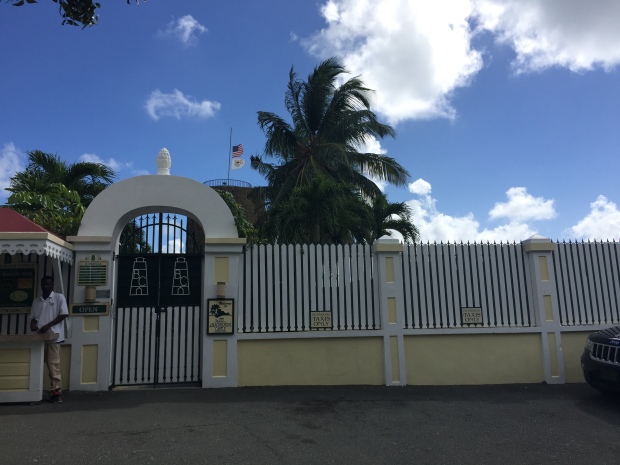 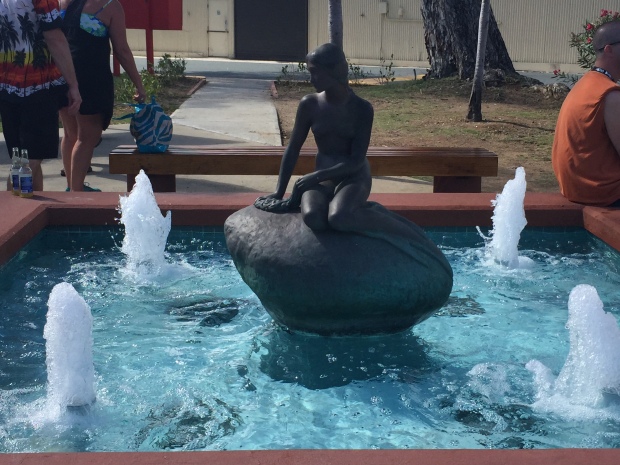 Have you been to St. Thomas? What do you recommend or like to do on the island?