I’m not going to lie, I fell in love with Aruba. It was by far my favorite island on my trip and I would be up for a plane ride at any moment. I kept my day pretty laid back and am excited to share with you my highlights from my afternoon in Aruba.

At the last moment the night before we docked in Aruba I actually scheduled a Banana Bus as they call it from Guest Services. I think it was like $20 and it was pretty much a shuttle to Eagle Beach and back from the port. Now, I probably could have gotten something a bit cheaper but I thought this just made it nice and simple. The next morning I grabbed a croissant and ate it as I walked off the ship and to the bus stop for an unforgettable day.

Our bus driver was tons of fun and the whole way to the beach (he took the long way) he gave us as much of a tour as he could without going too far out. I loved learning more about the island and when he gave the top 10 reasons to come to Aruba I was agreeing with every single one. One of which was that the water in Aruba is the best as it’s purified on the island. I gotta tell you that was absolutely true, it was the most refreshing glasses of water that I drank! We were dropped off at a great location and right in front of a little hut where they rent out chairs and umbrellas for the beach. Completely optional. I chose to get a bed, I should have splurged for an umbrella, but hey, it worked! The nice men with my bed carried it for me exactly where I wanted it. Such service! I then had several hours to spend on the beach before the Banana Bus was coming back to get me. Which was why I also received an Aruba sunburn. #GetTheUmbrella Eagle Beach is GORGEOUS! A couple years ago it was the #2 beach on Trip Advisor and with the white sand and clean aqua blue water I can totally see why. 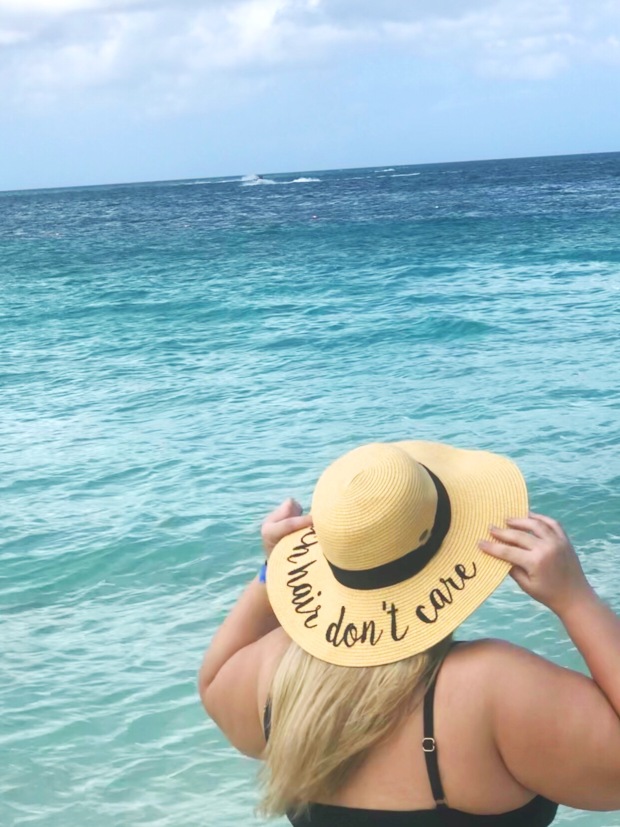 The Banana Bus arrived and it was even more fun driving back as the relaxed group was singing at the top of our lungs while blaring music all the way back to port. Let’s just say we were all fully enjoying our vacation! I boarded my ship and had a quick shower and changed. It was then that I discovered my sunburn and it kind of dictated the rest of my laid back day. After about an hour I’m back on the island, I wanted to spend as much time as I could there. My favorite Starbucks is a couple blocks from the port in the mall under the Renaissance Hotel so I was headed there to check in with the world. Every time I’m on an island I do like to find a spot with wifi just to check in even if it’s less than 30 minutes. Of course I treated myself to an iced latte and got on social media. 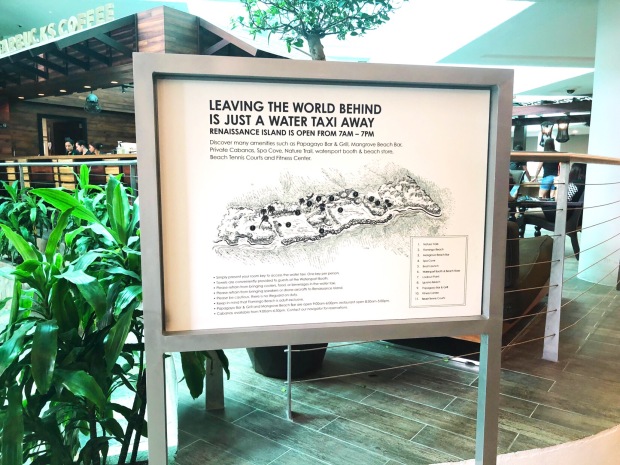 I already told y’all about Gianni’s and the magic pasta. Because I was at the Renaissance I went to the curb and the nice men hailed me a cab in two seconds. I’m not even kidding this was the quickest and nicest process I had ever seen. I think he thought I was a guest there, but hey I’ll take it! Everyone knew what I meant when I said Gianni’s and the cab driver was super nice and got me there in no time at all. You can read all about the restaurant here. 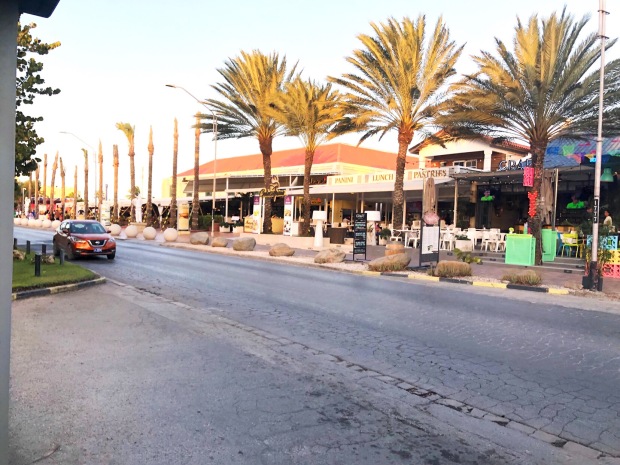 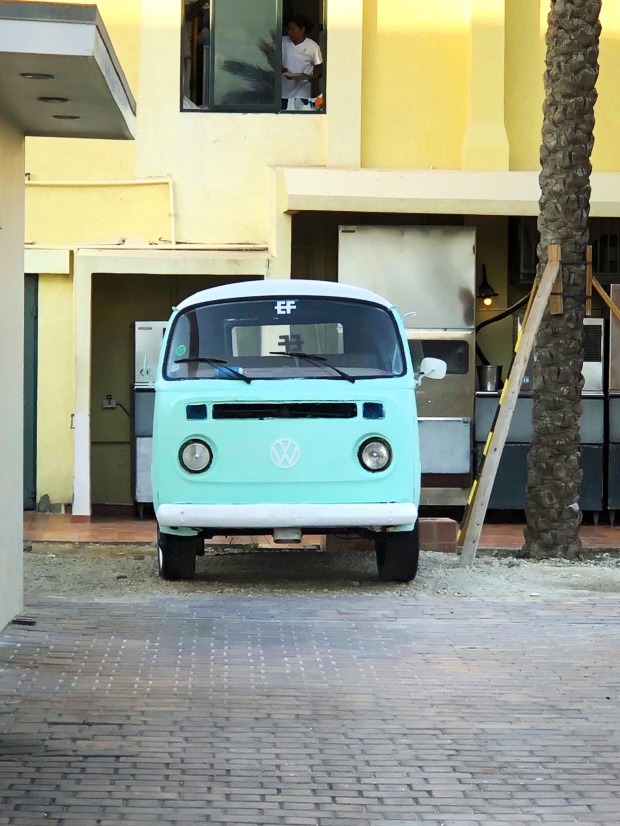 After Gianni’s it was a gorgeous sunset on the island and I strolled through the shops in that area and stocked up on some favorites. I always look for sundresses on the island and also found some Aloe which is produced in Aruba. You might not have noticed but my Pandora bracelet also got a new charm. I picked up this heart for my Reflexions bracelet especially from Aruba. There is a little shopping area right outside of the port that is filled with little local vendors and I like to look through those as well. Before I got back I stopped by a convenience store for some snacks to take back onboard with me. Little tip, chips are hard to find on the ship and everything is really expensive. I stocked up on Doritos and Cheetos for the remainder of my 13 day journey.

Saying goodbye to Aruba was bittersweet as that is when I truly realized how much I had fallen in love with the Island. Luckily I have even planned my next vacation around visiting again. Next time I’m planning on doing a tour of the island to learn more about my new favorite!
Have you been to Aruba? What was your favorite? I would love more ideas for my next adventure! Have a blessed Memorial Day weekend everyone!

I’m not going to lie, I’ve missed my business casual wardrobe most of all. It took me a long time to get used to wearing jeans and I couldn’t be happier to be wearing them less and less. More office friendly wardrobe staples are going to be on LLP this year! 💁🏼‍♀️💕 #nordstromrack #businesscasual #officefriendly #girlboss #newgoals #newpriorities #newyear
Happy New Year Lovelies!!! 😘🎉 Sharing some thoughts on this coming year over on lipsticklattesandpearls.com this week. #newyear #nordstromrack #amazon #amazonfashion #newpriorities #happy2020
It’s finally the weekend! 🎉🙌🏻 With my head in space and tons on my to-do list this girl is constantly on the move! Working towards that R&R next week! 💁🏼‍♀️😉 #nordstromrack #weekend #todolist #holidays #holidayparty #holidaylook
Sharing my 2019 Holiday look from Nordstrom Rack over on lipsticklattesandpearls.com this week. Not only is it my first jumpsuit, but I glammed it up with pops of pink! 💕🎄 #ad #nordstromrack #glam #holidayparty #holidaylook #christmas #newyears
#throwbackthursday to little ballerina Katie! Sharing a bit about two of my Christmas traditions on the blog this week, and my ballet past has to do with one of them! 🎄❄️✨ #ballerina #nutcracker #Christmas #ChristmasTraditions
I am sharing two of my annual Christmas show traditions on lipsticklattesandpearls.com this week while giving a glimpse into my December. 🎄❄️✨ #Christmas #ChristmasTraditions #TheNutcracker #Ballet #GloryofChristmas #NRCGOC