Like most people, I have a quite a few traditions this month. Two of mine happen to have happened this past weekend and are so similar yet so different that I thought I would share a piece of my December with y’all. So, I am sharing my two Christmas live show traditions with you this week. Luckily for me, and due to some amazing planning, I managed to get them in the same weekend this year.

Glory of Christmas // Saturday my family and I attended the Glory of Christmas at NorthRidge Church. And by family, I mean there was a giant group of 13 of us some of which I didn’t meet for the first time until we got there. This tradition started when I began going to NorthRidge back in 2008, later that year I was baptized on stage and I became a member in 2009. This was the first year going that I no longer call NorthRidge home, but I’m hoping to tell you more about my church journey in a couple months! It’s been unfolding as my space journey has all at the same time. Wasn’t kidding when I said I was going through changes y’all.

Glory of Christmas isn’t your normal little church pageant, in fact it became a tradition that we wouldn’t just go as a family but buy extra tickets for friends as well. Some years we had extra and even gave them away blessing people who needed it most. One year I even had the opportunity to volunteer during the show for concessions at intermission and let me tell you I rocked those lines. Not one person was late to the show on my watch. 😉 It really is a show unlike any other and something you need to see at least once in your life. The first half is mainly geared towards the kids, with Santa flying down from the balcony and frosty dancing on stage. The second half is all about Jesus y’all from His birth to His death and everything in between. After all HE is the reason for the season. The show sells out within hours of going on sale in October and if you’re local you’ve probably heard about it before. If you’re not local, or you’ve never had a chance to go don’t worry, NorthRidge’s Christmas gift for the 3rd year in a row is to live stream it FREE on Christmas Day for 24-Hours! Just go to NorthRidgeChurch.com/Live.

The Nutcracker // Fun fact about me, I danced for eight years! I was in ballet, tap and jazz for my younger years and was obsessed with the Nutcracker. Actually, I have a soft spot for all ballets, musicals, plays and performances because I grew up on a stage. For years I asked my parents for a Nutcracker for Christmas and one day… they finally gave me one. That’s what started my Nutcracker collection! I have probably close to 50 Nutcrackers, news kind of spread about my love of them and now I have an army. I also have enough Nutcracker ornaments to fill an entire tree. I have never bought myself a single one, but I do treat myself to the ballet every year.

I like to keep it local, after all that’s one of the stages that I danced on towards the end of my dance years. The company has changed names since my time, but the ballet still brings back nostalgic memories. Tickets for this one sells out fast as well since there are limited shows but I made sure to snag a ticket opening day. One day I might treat myself to a professional version of the ballet, but for my yearly tradition I am perfectly happy supporting my local dancers with dreams of Sugar Plum Fairies dancing in their heads. 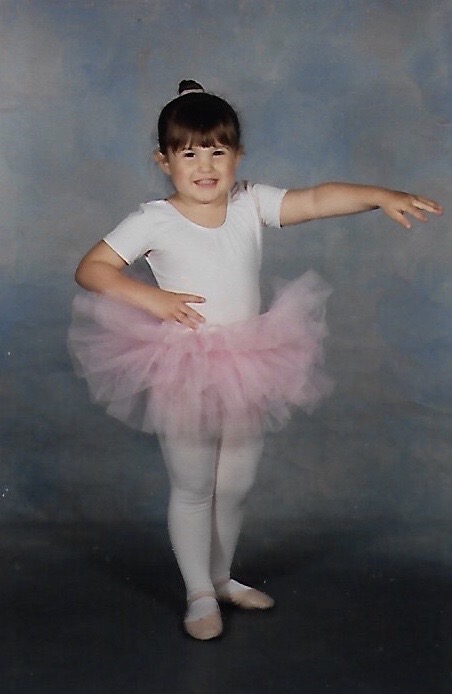 My two live Christmas shows involve me personally and Jesus Himself! What are some of your live Christmas traditions?? If you are local to my area, come to Christmas Eve service at my new church, NorthRock! We are in Chelsea at the Village Conference Center at 4pm and 6pm!

Did anyone notice the one thing missing from my Biscuit Bar was eggs? 🥚 Little fun fact: I can’t stand eggs!! They make me nauseous. 🤢 However, once in a GREAT while I will crave them. When that time comes I make an omelette. My omelettes are always on point! 💁🏼‍♀️
🚨 Earring PSA: If you were a big fan of earrings pre-March 2020 and haven’t worn them since, start putting them in occasionally again. Start with small amounts of time and work up to wearing them the full day. Your ears can thank me later! 😉
Spring is starting to show its spots around here! 🐆☀️ Which is why I am kicking off my Spring posts with this neutral leopard overlay from Impressions on lipsticklattesandpearls.com this week. 💛
I’ve been a carnivore for a little over a year now after being a vegetarian most of my life. I guess the news didn’t fully spread either since I’m still shocking people! 🤣 Who knew I’d become a bacon cheeseburger kinda girl?! 🤷🏼‍♀️
What is a Biscuit Bar you might wonder? Here’s the deal, homemade mouthwatering buttermilk biscuits & every single thing that you could possibly imagine putting on it. 💁🏼‍♀️ That way, you can dress your biscuit however you wish! 💙
I’m all about the little details! 💁🏼‍♀️ Cute little tags and matching theme ribbon are always an easy way to add that extra sparkle to an event! ✨💙